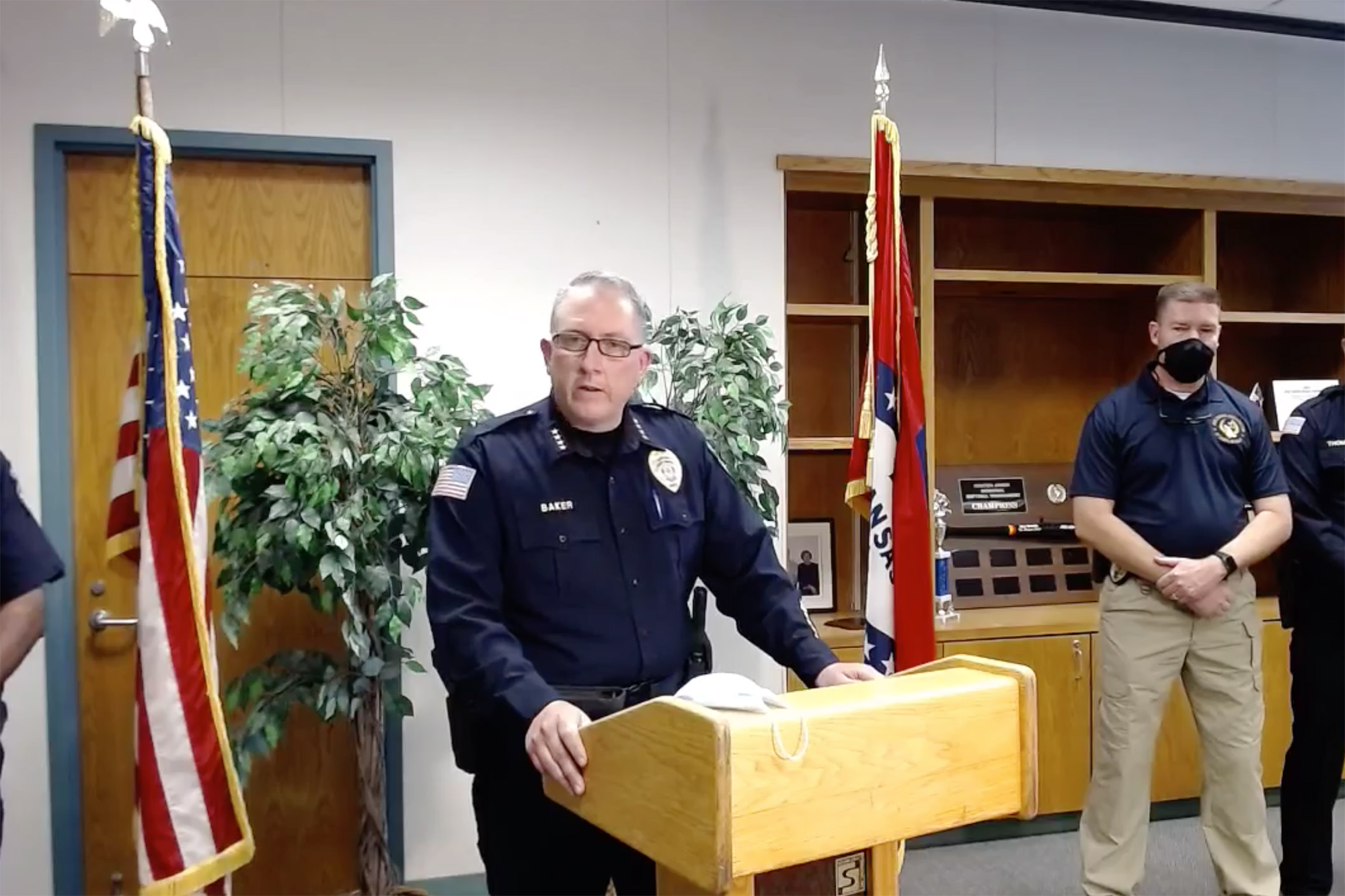 An Arkansas man was shot dead by police after he stabbed a cop in the throat, bludgeoned his teenage son to death with a rock and killed a woman in an “extremely violent attack.”

Officers were called to a Fort Smith home at 6:20 a.m. Sunday to find Christopher Conner, 40, beating his son in the face with a rock in the middle of the street, police said at an afternoon press conference.

“According to the caller, this person heard yelling and screaming and came outside to see a white male with no shirt assaulting a person on the ground at the corner of the intersection,” Chief Danny Baker said.

When the officer ordered him to stop, Conner briefly complied before using an “edged weapon” to stab the arresting cop in the throat and neck, according to the chief.

The injured officer was able to fire two shots at Conner, “killing him, and ending the threat,” police said.

Conner’s 15-year-old son was rushed to the hospital and pronounced dead, officials said.

Julia Maire Moore, 42, was then found dead inside Conner’s house — a victim of multiple stab wounds, according to police.

A five-year-old child inside the house was not injured, according to cops.

The stabbed officer underwent emergency surgery for severe lacerations to the face and neck and was in stable condition, according to Baker. He was placed on administrative leave, along with another officer.

“It hurts us as much as it does each of you when an outcome like this is unavoidable.”