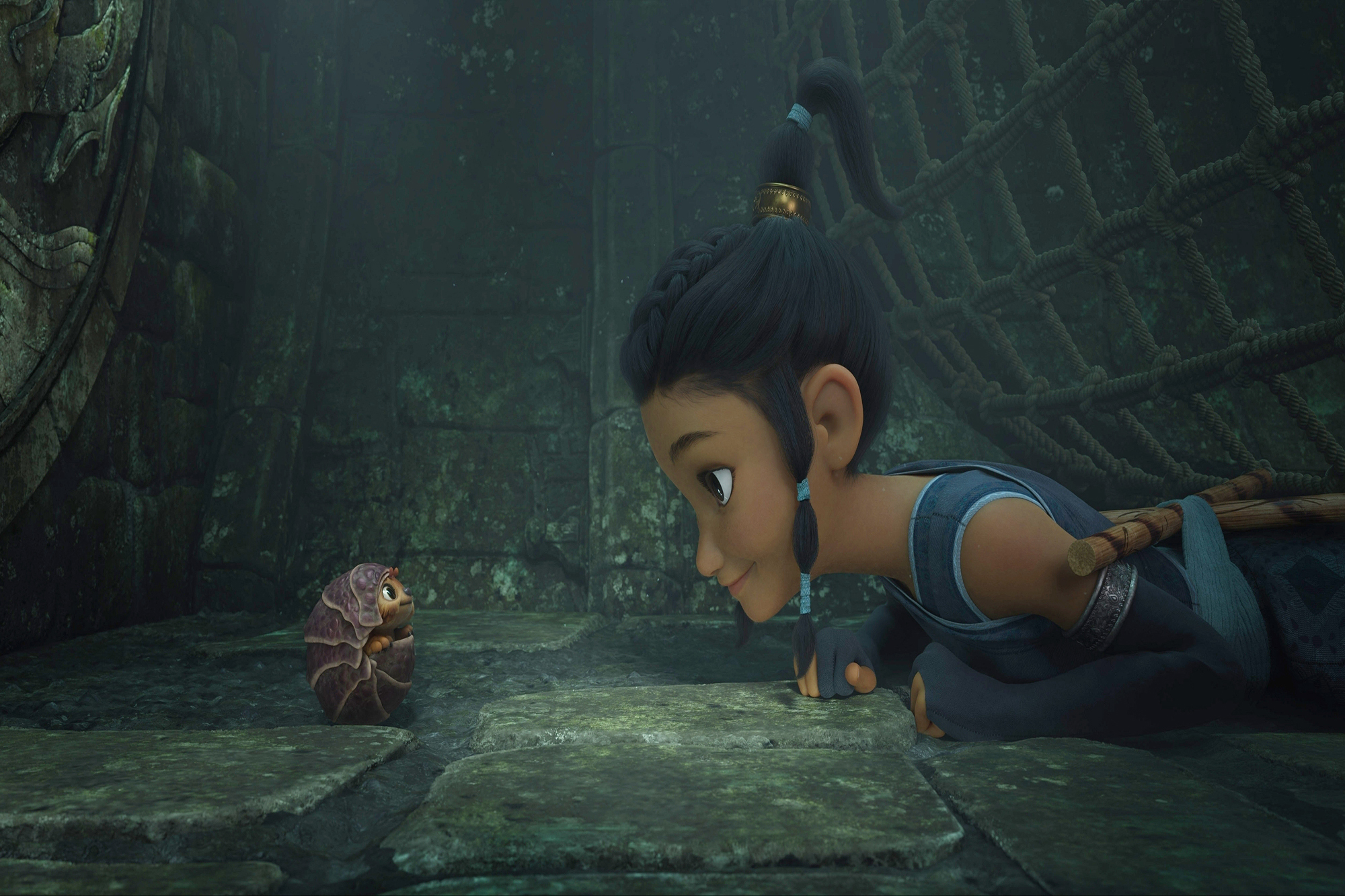 Don’t call it a comeback just yet.

Movie theaters finally reopened in New York City this weekend, giving the box office their best showing since the pandemic began. Still, the numbers remained modest and experts cautioned that it’s too early to celebrate.

That’s the best showing since the coronavirus crisis hit the US nearly a year ago, but it was only about $4 million more than the prior weekend, which logged nearly $21 million in sales. According to analysts, the weekend results denote a slow recovery after the pandemic decimated the industry, which a year earlier logged over $101 million during the same weekend.

“It’s not like hey ‘Happy days are here again’ but it’s more about optimistically looking at the future,” said Comscore analyst Paul Degarabedian, who noted that the uptick in open movie theaters drove the box office.

The debut of Disney’s animated flick “Raya” earned an estimated $8.6 million from 2,045 locations in North America, Disney said. The well-reviewed fantasy adventure movie, featuring the voices of Awkwafina and Kelly Marie Tran, is also simultaneously available for Disney+ subscribers to rent and stream at home for $29.99. Streaming grosses were not reported.

Many experts expected “Raya” to be on par with the big opening weekend of Warner Bros,’ “Tom & Jerry,” which opened the last weekend in February with $13.7 million in ticket sales.

But a source said the Disney film’s relatively “soft opening” is likely related to the fact that the movie did not play at Cinemark theaters over a dispute with the Mouse House over rental terms.

Comscore’s Degarabedian said that 45 percent of theaters are currently open in North America, up from 42 percent two weekends earlier.

“This weekend is like the prequel to the Hollywood comeback that we’re all hoping for — it’s a hint at what’s to come,” he said. “I think we need to be measured about our optimism, though. It’s going to take some time [for a recovery] but it’s very encouraging to see the results.”

Elsewhere, action flick “Chaos Walking” debuted with just $3.8 million at the box office, while “Tom & Jerry” brought in $6.6 million from 2,563 North American theaters in its second weekend. The revival of the cat-and-mouse cartoon is also currently available to stream for free for HBO Max subscribers.

Up until last weekend, New York City cinemas had been closed nearly a year due to the coronavirus pandemic. Over the course of the year, some domestic movie houses, which were also shuttered last March, reopened with limited seating. But, it has been slow going in terms of the North American box office, with 2020 down a whopping 80 percent from 2019.

Today, approximately 80 percent of the domestic market is allowed to operated with limited capacity, but many large North American markets such as Los Angeles and most California counties, Washington DC and much of Canada, are not yet fully open.

Disney is planning to keep “Raya” in theaters throughout the spring, as there are few major films on the schedule until early summer. The Mouse House is hoping that drought will give its film a boost this spring as more cinemas reopen.

Meanwhile, internationally, “Raya” earned an estimated $17.6 million from 32 territories — the highest grossing of which was China with $8.4 million.