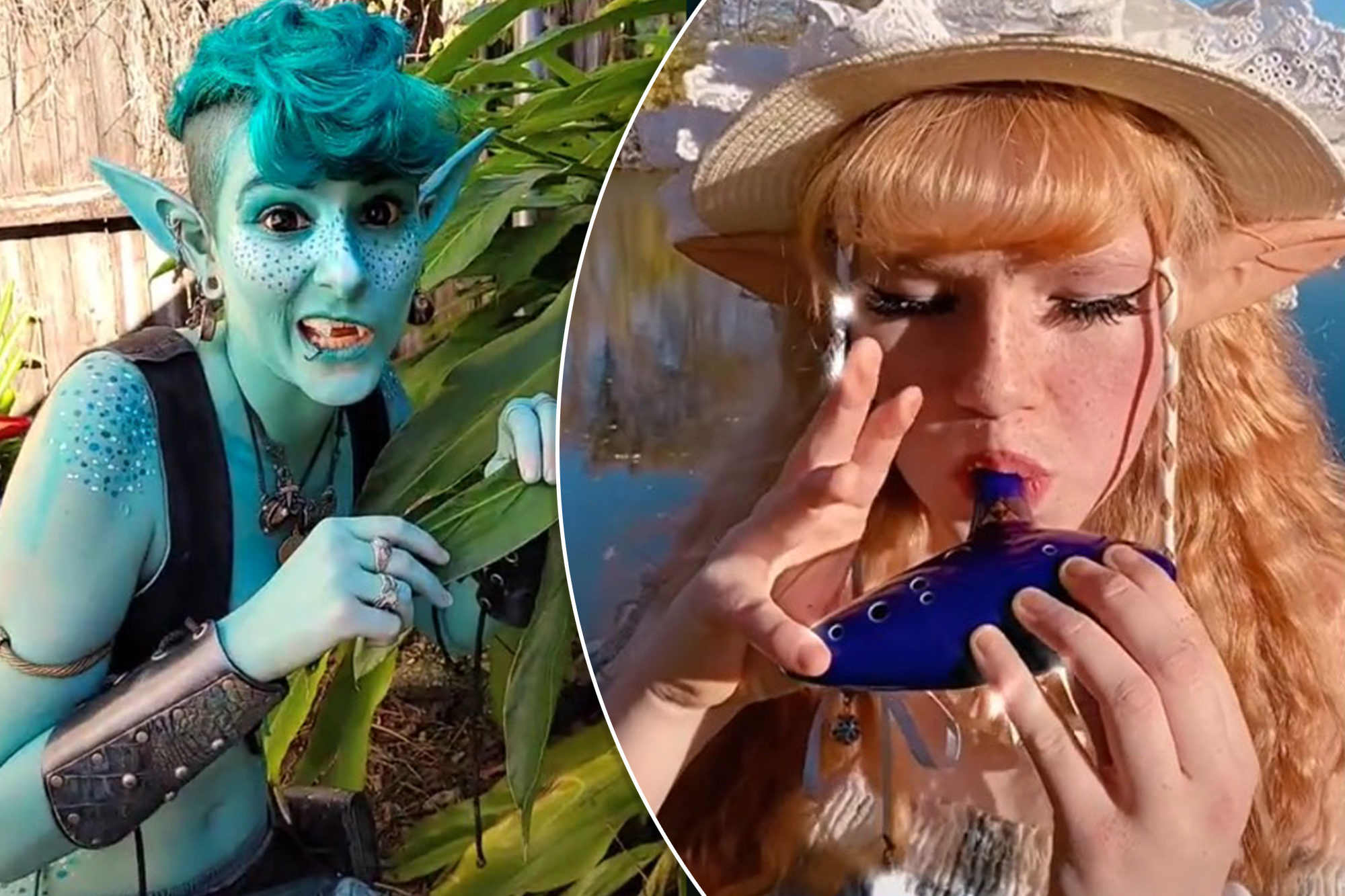 The category #goblincore has recently racked up more than 283.7 million views on the video-sharing platform TikTok, with creators turning the usually villainous folklore creature into a fully realized — and mostly charming — figure.

In one such video, the camera operator steps into their backyard, where they come upon a blue, long-eared goblin-looking person wearing a vest and chewing on a plant. The brief clip — which also uses hashtags associated with Renaissance fairs, body paint, cosplay and the game Dungeons & Dragons — has garnered over 550,000 likes.

In other videos, creators use filters and prosthetics to promote goblin-related products, including the ocarina, an ancient flute.

“Sadly, most ocarina players start out with this,” says elfin-eared user Freckled Zelda in a negative video review of an apparently low-quality musical instrument.

Other goblincore videos offer contouring tips for the green fleshed, coven dances (which also serve to sell headscarves) and oddly tranquil cosplay. Other posts are supercuts of goblin-like content, including footage of a misty Irish countryside with a folksy soundtrack, crown-making tutorials set to creepy audio, and lessons in unpacking and setting up mushroom-shaped incense holders.

Creators of goblincore — and the simple-life conceit in adjacent cottagecore content — often share their art and creations while also pledging support to the nonbinary community, metaphorically promoting acceptance of all people.

Overall, the trend seems much more approachable and kind than many passing TikTok fads that encourage others to perform wild — and potentially unsafe — “challenges.”

“Come mushroom-hunting with me!” invites one whimsically dressed creator — with an energy in stark contrast to the viral “skull-breaker challenge,” which encouraged not the acquisition of plants but the knocking down of unsuspecting peers.