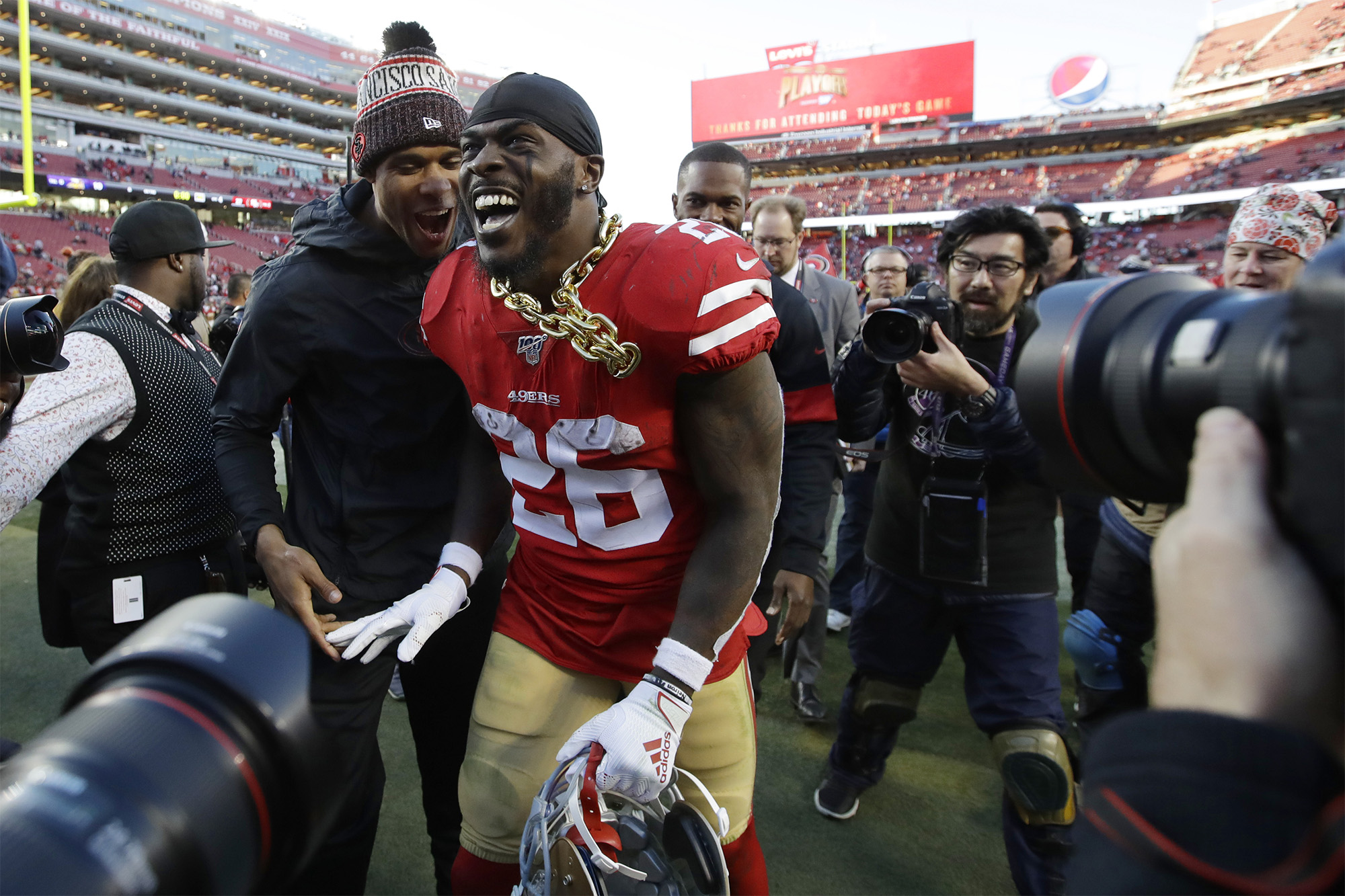 Jets general manager Joe Douglas made deals with a player he knows well and another that his new coaching staff is familiar with.

Douglas and the Jets agreed to deals with veteran defensive end Vinny Curry, whom Douglas spent two years with in Philadelphia, and running back Tevin Coleman, who was on the 49ers for the last two seasons with new coach Robert Saleh.

The deals were modest, indicating the Jets view them as role players. Curry signed a one-year, $1.3 million deal, according to a source. Coleman received a one-year deal worth up to $2 million, according to ESPN.

Coleman, who turns 28 next month, not only knows Saleh but also new offensive coordinator Mike LaFleur. The two were together in San Francisco for the last two years and in Atlanta in 2015-16, when Coleman began his career with the Falcons and LaFleur was an offensive assistant.

It was essential that Douglas add to the running back room and he surely is not done. The Jets could draft a running back early in next month’s NFL Draft. Coleman joins La’Mical Perine, Ty Johnoson and Josh Adams at the position for the Jets. In LaFleur’s offense, a version of Kyle Shanahan’s scheme, running backs are critical.

Coleman suffered a sprained knee last year against the Jets in Week 2 of the season. He only played eight games, starting one. He rushed 28 times for 53 yards. The year before he rushed 137 times for 544 yards and six touchdowns in 14 games.