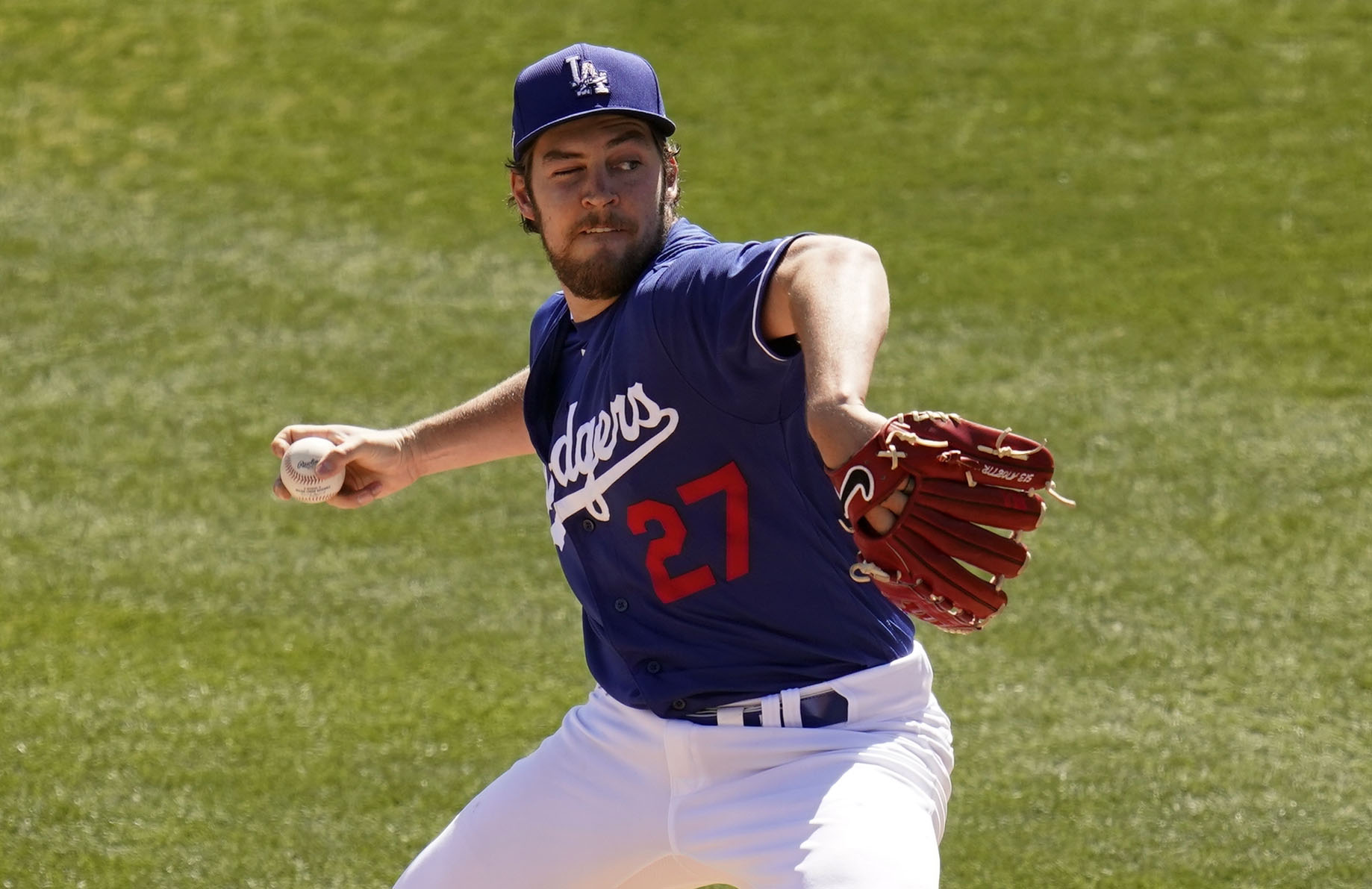 What’s that piece of advice Little League coaches always tell their kids — keep your eye on the ball, right?

Trevor Bauer provided a new twist on that idea.

Eager to challenge himself in a spring training start, the new Los Angeles Dodgers ace kept his right eye closed while pitching out of a first-inning jam Saturday in their 2-1 exhibition loss to the Padres.

He even pointed to the eye as he walked off the mound.

“I like making myself uncomfortable and throwing different stuff my way and trying to find a solution for it,” the NL Cy Young Award winner told Los Angeles media.

“I think that’s how you improve. Find a way to make yourself uncomfortable and get comfortable with it and then do it again,” he said.

After giving up a single to San Diego leadoff man Jurickson Profar and then walking Tommy Pham, Bauer posted a shutout. Eye closed, he retired the next three batters.

Bauer wound up pitching three scoreless innings with the creative approach, striking out three while allowing two hits and a walk.

Earlier in the week, fresh off signing a $102 million, three-year contract after leaving the Cincinnati Reds, he threw two shutout innings in his exhibition debut.

Known for speaking his mind and going his own way, Bauer said he regularly shuts one eye during bullpen sessions and other workouts.

“I did notice. It was the right eye closed on a handful of pitches,” he said. “I guess when he can’t get his command that kind of recalibrates him. I think there might have been one curveball I think he did with both eyes closed.”