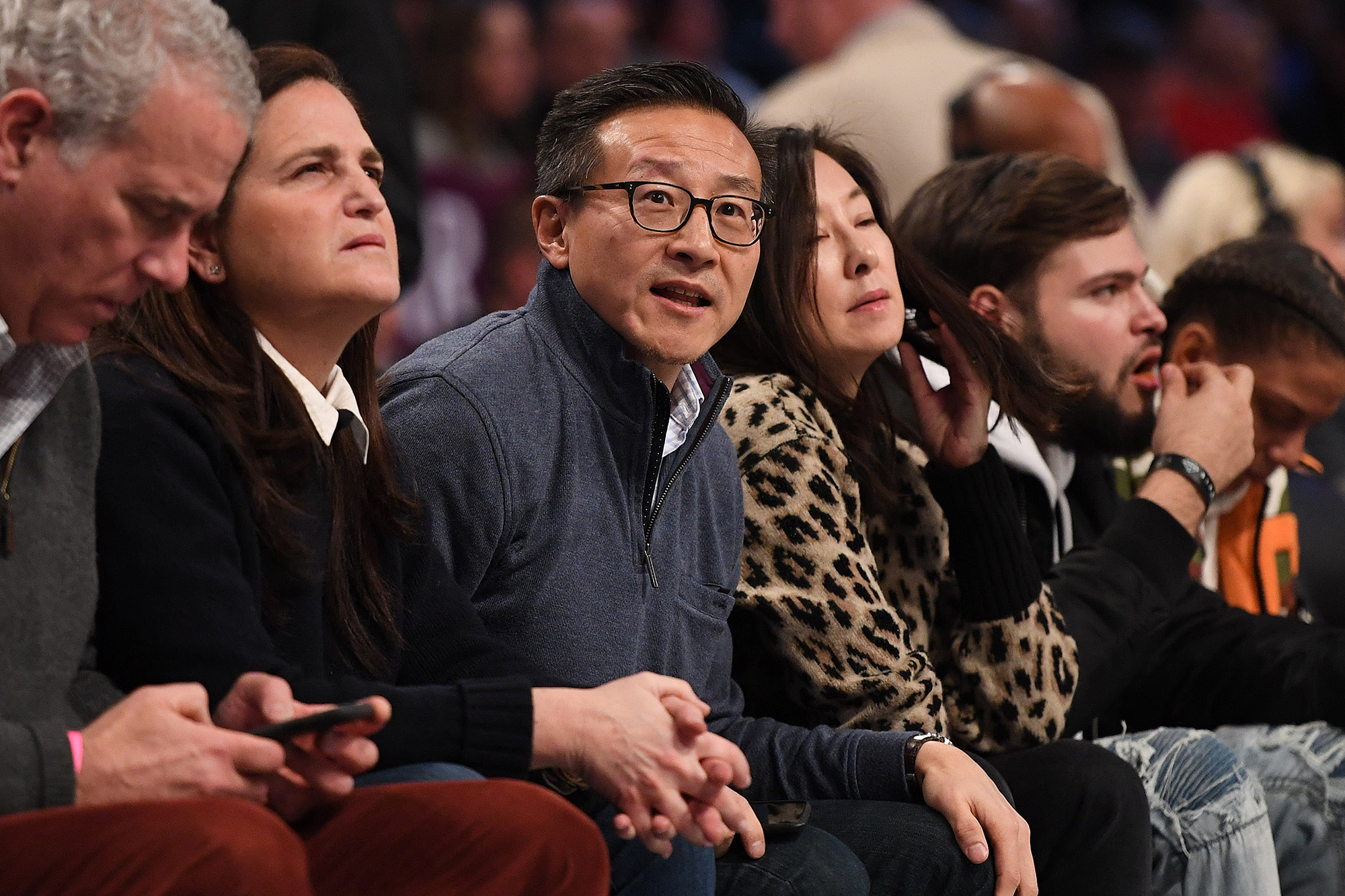 Brooklyn Nets owner Joe Tsai is looking to widen his investments in the NBA — and his unusual play has some competitors crying foul.

The billionaire co-founder of China-based e-commerce giant Alibaba is poised to take a stake of less than 5 percent in the firm behind HomeCourt Partners, a fund that has won special permission from the NBA to raise $2 billion to buy small stakes in numerous basketball franchises, many of which are now losing money.

Tsai — who as the right hand of Alibaba chairman Jack Ma boasts a personal fortune of $11.7 billion, according to Forbes — is making his move as the COVID-19 pandemic has devastated the NBA, with yearlong lockdowns wiping out ticket sales and forcing wealthy team owners to cough up cash to keep operations afloat.

But as Tsai’s deal moves forward, critics point out that the NBA bylaws explicitly prohibit team owners from taking stakes in competing franchises, even indirectly, unless they get the league’s OK or own less than 1 percent through a publicly traded stock.

“No owner … shall hold any direct or indirect financial interest in any other member [team],” without league approval, according to the bylaws.“

This is a huge conflict,” a rival private equity fund manager told The Post of Tsai’s planned ties to HomeCourt Partners. “It sounds like there is one rule for Joe Tsai and one for everyone else.”

Tsai aims to close the deal through his Hong Kong-based hedge fund Blue Pool, which owns a stake in Owl Rock Capital, a direct lender that’s in the process of merging with Dyal Capital, the private equity firm behind HomeCourt.

Normally, NBA team ownership stakes are sold directly to individuals. But the NBA has given Dyal, a unit of asset manager Neuberger Berman, special permission to raise money as more minority owners search for exits amid endless capital calls.

The planned $12 billion tie-up, which aims to close this summer, promises a big payout for Tsai, who will be able to sell preferred shares in Owl Rock as part of the deal, a source close to the merger said. It will result in a new investment company called Blue Owl that will trade on the New York Stock Exchange and manage $45 billion in assets, according to public documents.

NBA Commissioner Adam Silver has not yet studied the issue, the league said. “It’s premature to comment given that the Owl Rock/Dyal transaction hasn’t happened and the league has yet to review it,” an NBA spokesman said.

Tsai declined to comment, but a rep for Dyal denied the transaction will result in any violation of NBA rules, noting that Tsai will own a stake in the asset manager and not in the HomeCourt Partners fund itself.“

Dyal’s Homecourt Partners fund will invest in passive minority stakes in NBA teams on behalf of its fund investors. Believing that a Blue Owl public shareholder owns a stake in a team through its Blue Owl shares is ridiculous,” the Dyal spokesman said.

But critics say Tsai’s investment in HomeCourt’s parent company not only violates the letter of the law, it also creates the potential for the Brooklyn Nets owner to gain a sneak peak at rival team financials, which could be used to his advantage in player trade talks.

Tsai bought the Brooklyn Nets for a record $2.35 billion from Russian billionaire Mikhail Prokhorov through his J Tsai Sports group in 2019. Oliver Weisberg is CEO of both J Tsai Sports and Blue Pool Capital.

“Either Tsai is going to have to get a waiver from the league or figure out a way to exit these stakes,” a former NBA team CEO familiar with the ownership rules said.

After launching HomeCourt last year, Dyal is expected to close on its first $750 million funding round in the coming weeks with plans to buy stakes in six unidentified NBA teams, according to Sportico.

Mark Rosentraub, a professor of sports management at the University of Michigan, told The Post he believes the transaction is a clear-cut violation of NBA rules if it gives Tsai even an indirect financial interest in other NBA teams. If Silver has another private equity firm that can quickly replace Dyal, he could choose it and bench HomeCourt, he said.

“If he has an option, I think he should play the option,” Rosentraub said.

Otherwise, Rosentraub believes Silver should find a way to give Tsai a waiver, including by getting him to place any proceeds he stands to collect from HomeCourt in a blind trust. Sources say Tsai stands to profit from a management fee Blue Owl will collect from the fund. A performance fee also will kick in after seven years when the fund’s investors are allowed to sell their positions.

“Let’s solve the problem but not jeopardize the solution,” Rosentraub said, adding that the bigger issue is helping money-losing teams get liquidity to pay their bills. Of course, such an exception would likely never be allowed if it weren’t for the pandemic, he added.

“You never would allow this conflict if there was not a crisis of this scale,” Rosentraub said.