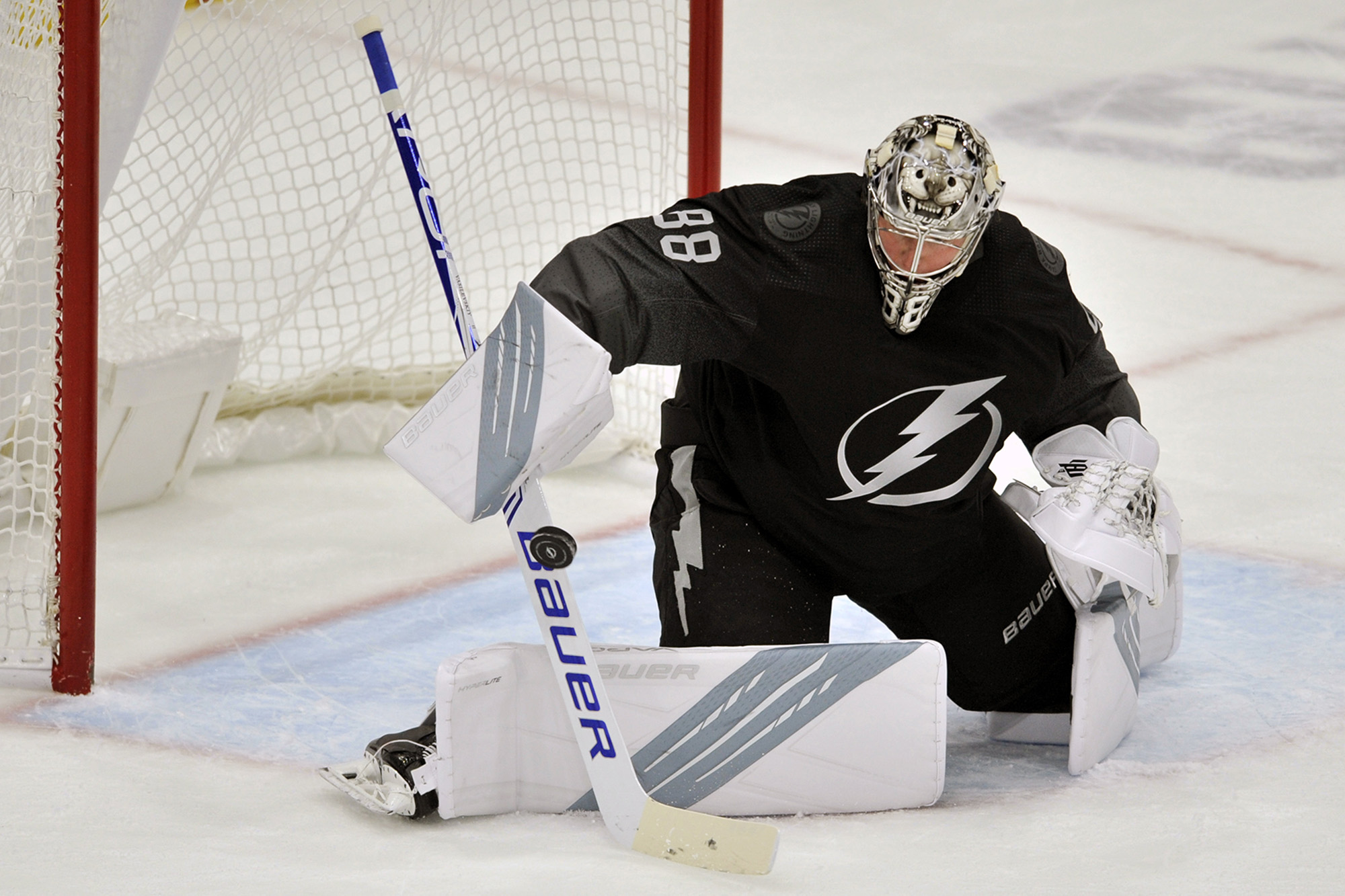 Andrei Vasilevskiy is expected to start for Tampa Bay against the Dallas Stars on Tuesday, and with him in the nets, I estimate the Lightning would win the game more than 65 percent of the time. Yes, Tampa Bay is on the road after a home game against the Nashville Predators on Monday, but this also marks the third game in four days for the Stars.

On a per-60-minute basis entering Monday, the Lightning had outscored teams 3.75-2.2 and had a plus-37 goal differential. By expected goals, they were the fifth-best team on offense and a top-10 team on defense. In reality, no team was scoring goals at a higher rate than the Lightning, and only the Islanders and Golden Knights had allowed fewer goals per 60 minutes.

It’s easy to see why there is a double-digit gap in points between the Lightning and the Stars, who have barely been able to break even. The Stars are 0-2 against the Lightning and have yet to solve Vasilevskiy. The Lightning outscored the Stars 7-0 in back-to-back meetings earlier this season. Special teams have been an issue for the Stars, who have been average at best on both the penalty kill and the power play. The team grades out as a below-average team on offense, ranking 26th in expected goals.

Bet on the Lightning to keep rolling against the Stars and don’t be concerned about the fatigue factor. The Lightning are 27-13 (67.5 percent) in the second half of back-to-backs since 2018.

Is MoviePass coming back? Countdown clock is ticking on its website