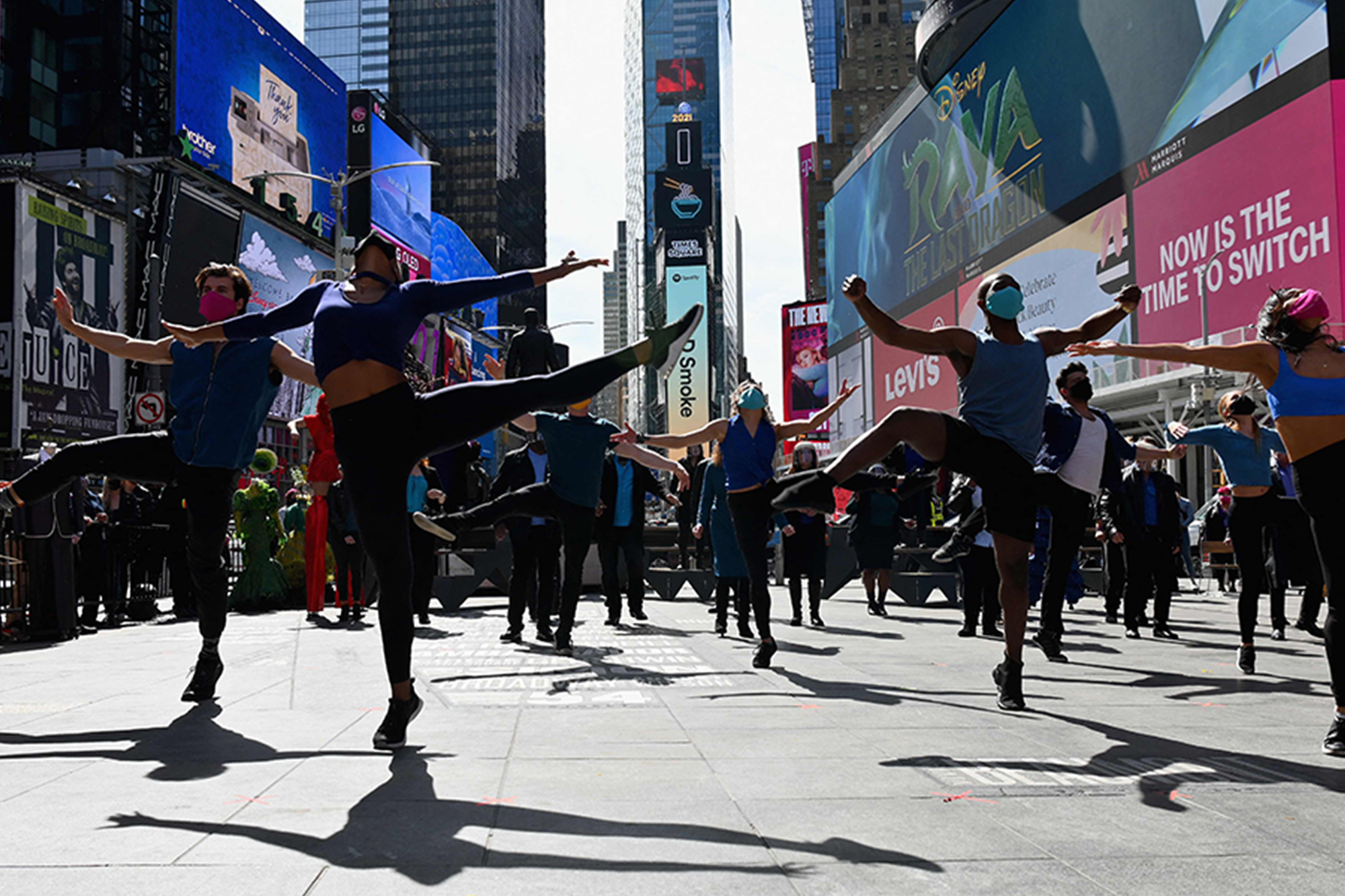 What a casting call: Broadway producers are hoping 5,000 people will submit videos of themselves singing the same show tune in hopes of setting a Guinness world record.

Cast members from the Broadway-bound musical “Six” have already started the project with a preview video, which was shown in Times Square Friday, on the anniversary of the Broadway Shutdown.

Ryco Theatricals, the creators of the #BwayWorldRecord challenge, are now expanding the effort by asking that 5,000 more people send in videos of themselves singing the same song, “From Now On” from “The Greatest Showman,” before the end of the month, according to Playbill.com.

The challenge is an attempt to break the world record for the largest online video album of people singing the same song — while raising awareness and money for the Broadway community.

Adrianna Hicks, Abby Mueller and Anna Uzele, who are currently in the pandemic-interrupted show “Six,” performed on the preview video.

The challenge also serves as a benefit for The Actor’s Fund, which provides help for theatre workers during the ongoing pandemic.

“It has been one year since the dreamers of Broadway have hit the pavement and auditioned with sweat, blood, and tears to achieve something they have spent most of their lives dreaming to come true,” Ryco Theatricals founder Ry Armstrong said.

“We don’t often think of the arts as it is ancillary to the needs to stopping this pandemic, but stories are essential, and words do matter.”

Singer submissions will be accepted until March 31st,

NBA-best Jazz rip Rockets, but weren’t happy about it

How to Live Stream UFC Fights Online in 2021