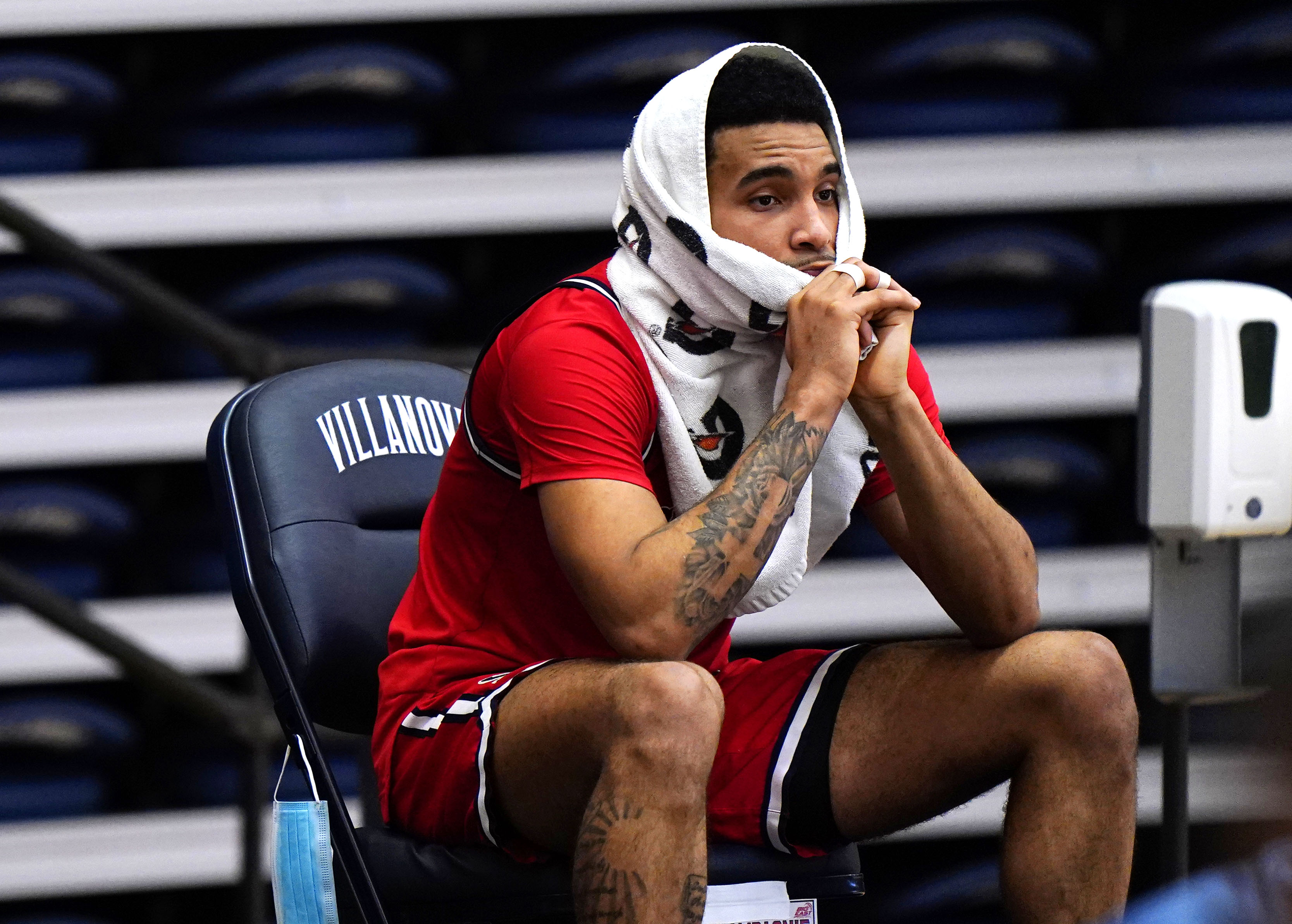 If Saturday night was devastating, then Tuesday evening was downright demoralizing for St. John’s.

Losing to Big East punching bag DePaul as 11-point favorites was crushing for the Red Storm’s NCAA Tournament hopes. Being uncompetitive at No. 8 Villanova only 20 days after knocking off the Wildcats in Queens was just as hard to stomach.

After winning six straight games to get into the tournament mix, St. John’s is headed in the wrong direction as March nears. The Red Storm lost for the third time in four games in an 81-58 blitzing by the Wildcats in Villanova, Pa.

The result was decided early. Villanova (15-3, 10-2 Big East) led by 17 points at halftime and by as many as 26 in the second half as the regression continued for St. John’s (14-10, 8-9). Porous defense, poor shot selection and woeful rebounding — early-season issues that led to a 1-5 start in the conference — have returned. Intensity, focus and poise were lacking.

St. John’s made just 3 of 23 attempts from 3-point range. Sophomore star Julian Champagnie missed his first eight shots and was held to 16 points on 5-for-18 shooting. Big East Freshman of the Year front-runner Posh Alexander had his third subpar game in four outings, managing just four points and two assists, and suffered what appeared to be a hand injury late in the second half.

After being handcuffed by Alexander in the first meeting, Villanova star Collin Gillespie has his way with St. John’s, notching 14 points and five assists. He was one of four Wildcats in double figures.

St. John’s certainly didn’t seem to be over the loss at DePaul, particularly in the first half. The same issues that led to that defeat — an inability to get in the paint, defend the dribble without help and be patient on offense — remained. The Johnnies shot a ghastly 29 percent from the field and had just four assists. Champagnie missed his first eight shots, Villanova crushed St. John’s in the paint, 18-6, and frequently got wide-open looks off ball movement.

The Wildcats scored 10 of the game’s first 12 points, an ominous sign. They had an 11-point lead less than eight minutes in and that lead reached 20 at one point late in the first half.

It didn’t get better after halftime. There were no rallies. There was little fire. The poor shooting continued.