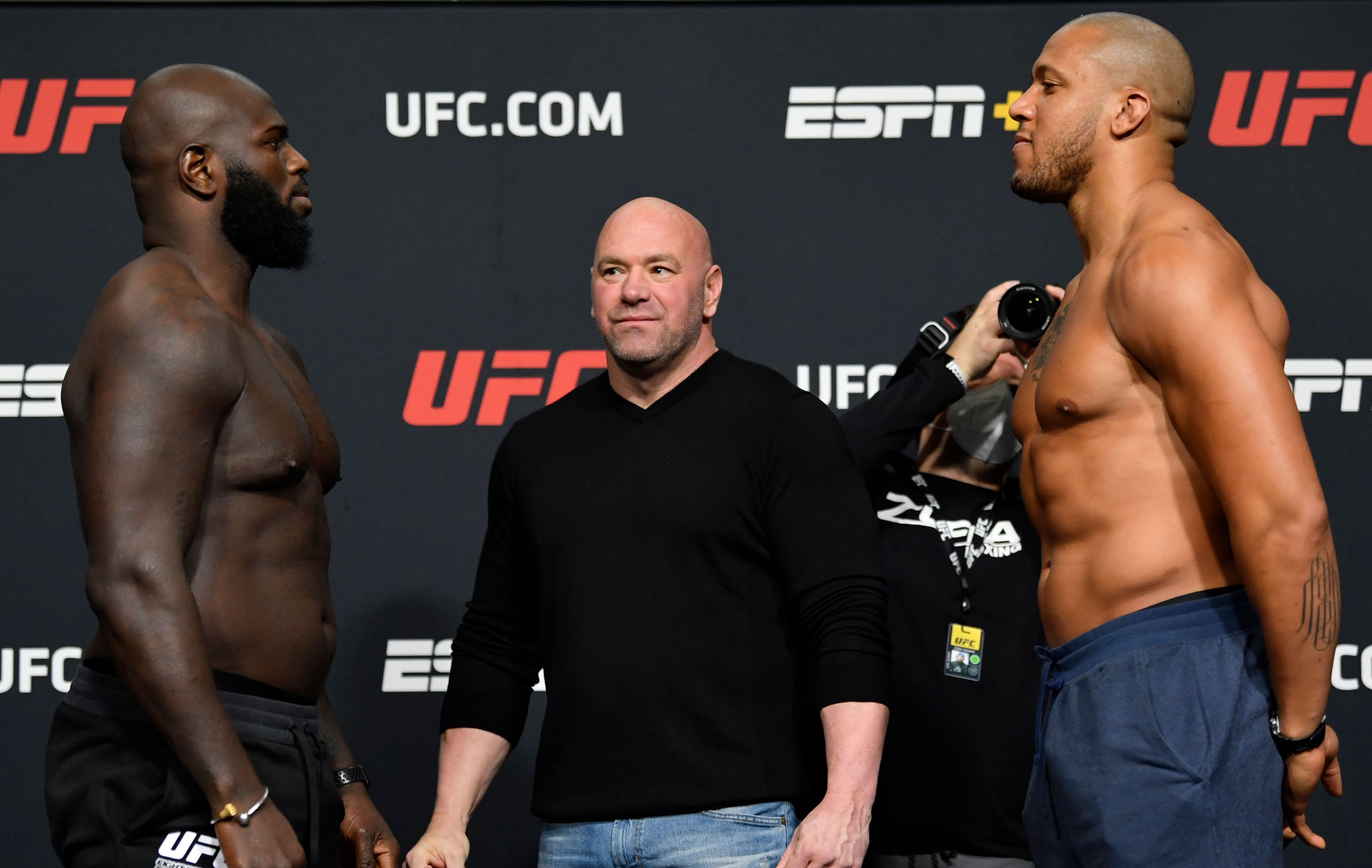 French prospect Gane comes in with a superior physique, profuse striking power and substantial (and appropriate) hype. His background lies in Muay Thai striking, in which he competed seven times before the start of his MMA career. Gane, 30, has displayed little wrestling in his past bouts mostly because he has owned superior striking ability over his opponents. I expect that could change in this fight.

Though we’ve not seen him grapple, it’s possible Gane will display some clinching, grappling and wrestling against Rozenstruik, as he’s the more well-rounded fighter and Rozenstruik can barely execute wrestling’s basic functions.

Gane has evolved in each of his four UFC fights. He has beaten sturdy, durable heavyweights in Raphael Pessoa and Junior dos Santos and decisioned Tanner Boser, another promising heavyweight prospect, in a fight in which both men impressed.

What remains to be discovered about Gane is how well he fares on the mat, how he will handle the pressure of being in a main event spotlight and how he’ll deal with a dangerous, explosive power striker much like himself in Rozenstruik. Gane has been a full three rounds only once in his short, but impressive, pro career.

Outside of his bout with Boser, Gane has not really received striking damage, so it will be interesting to see if his opponent can land leg or arm strikes to test the monster’s mettle.

Rozenstruik will be the slightly smaller man with a shorter reach than Gane. What Rozenstruik may lack in physical stature and attributes he makes up for in fight experience. Rozenstruik compiled a 76-8-1 record (64 KO/TKOs) in eight years before joining the UFC. He’s clearly the more seasoned striker.

In UFC, Rozenstruik has fought impressively and beaten heavyweight opponents far superior in fighting skills than anyone Gane has faced to this point. While many of Rozenstruik’s bouts have been under three rounds, it’s important to understand that he does have main event experience.

In his fight against Alistair Overeem, he survived being “pieced up” for most of the fight by Overeem only to draw deep inside and KO the grizzled veteran with four seconds remaining in the fifth round.

Besides experience, Rozenstruik, 32, will have advantages in speed, quickness and explosion. Gane’s strengths revolve around aggressively stalking opponents and engaging in power fighting. Gane has had great success by walking opponents down and clubbing them into unconsciousness.

Gane opened -300 for this bout, which seems a bit expensive when scrutinizing his body of work, opponents faced and, most importantly, the ability of Rozenstruik. So I must agree with the slight move in money to Rozenstruik.

Will Gane choose to fight the more experienced, refined Rozenstruik on the feet, which is both men’s forte, or will he choose by necessity to take this fight to the floor, where I believe Rozenstruik is at his most vulnerable?

This is the key to the fight. As this bout wears on, the advantage will go to Rozenstruik as Gane is a muscular specimen who could easily tire physically and mentally the longer it goes.