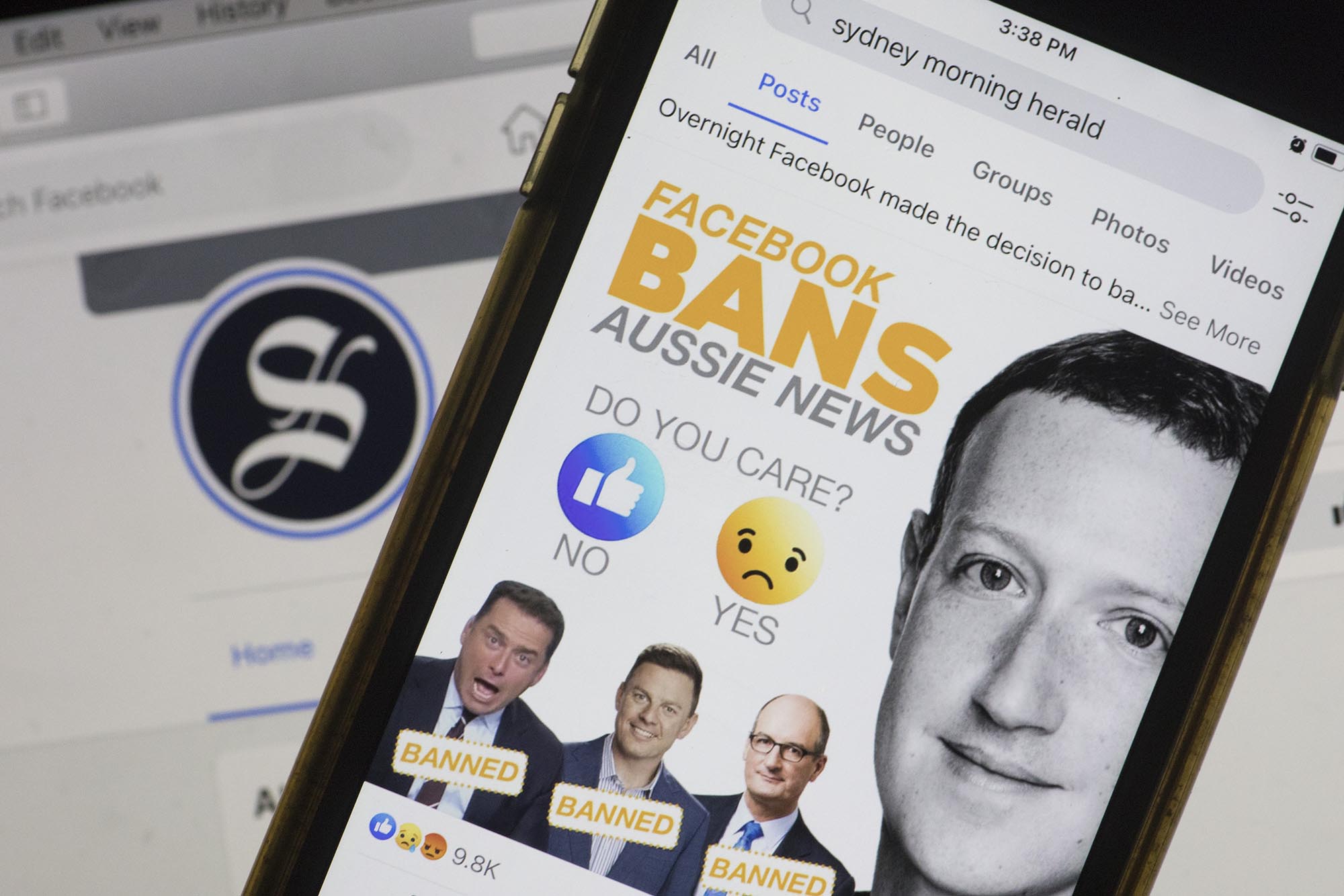 Australian lawmakers advanced a bill that effectively will force Google and Facebook to pay media companies for news content, clearing the last major hurdle for legislation that could set precedents for government policies worldwide.

The bill, which was amended and green-lighted by Australia’s Senate, will return to its House of Representatives, where it is expected to pass as early as this week.

Lawmakers introduced amendments to the so-called Media Bargaining Code after Facebook last week escalated a dispute over the new laws by blocking Australian users from sharing and viewing news content on its popular social media platform.

Facebook on Tuesday said it would restore Australian users’ access to news in light of the compromise it had reached with the government.

“We’ve invested $600 million since 2018 to support the news industry, and plan at least $1 billion more over the next three years,” Nick Clegg, vice president of global affairs at Facebook, said in a blog published Wednesday.

“Facebook is more than willing to partner with news publishers,” added Clegg. “We absolutely recognize quality journalism is at the heart of how open societies function — informing and empowering citizens and holding the powerful to account.”

After the bill passes both houses, news businesses that want to be paid for content that appears on search engines or social media can sign up — provided they meet some conditions, including earning $150,000 per year in revenue.

“What we’ve sworn to do is create a level playing field,” Australian Treasurer Josh Frydenberg told Sky News on Wednesday. “We’ve sought to sustain public interest journalism in this country, and we’ve also sought to enhance and encourage those commercial deals between the parties.”

One major change is that Frydenberg will be given the discretion to decide that either Facebook or Google need not be subject to the code if they make a “significant contribution to the sustainability of the Australian news industry.”

Australia’s original legislation had required the tech giants to submit to forced arbitration if they could not reach a commercial deal with Australian news companies for their content, effectively allowing the government to set a price.

Some critics worry that small publishers could get cut out of the deal, which is supposed to address the power imbalance between the social media giants and publishers when negotiating payment for news content displayed on the tech firms’ sites.

“The big players could successfully negotiate with Facebook or Google. The minister then doesn’t designate them, and all the little players miss out,” independent senator Rex Patrick, who plans to vote against the amended bill, told Reuters.

Frydenberg said he will give Facebook and Google time to strike deals with Australian media companies before deciding whether to enforce his new powers.

After first threatening to withdraw its search engine from Australia, Google instead struck a series of deals with several publishers, including a global news deal with News Corp.

Major television broadcaster and newspaper publisher Seven West Media on Tuesday said it had signed a letter of intent to reach a content supply deal with Facebook within 60 days.

Rival Nine Entertainment Co also revealed on Wednesday it was in negotiations with Facebook.

“At this stage, we’re still obviously proceeding with negotiations,” Nine chief executive Hugh Marks told analysts at a company briefing on Wednesday. “It is really positive for our business and positive particularly for the publishing business.”